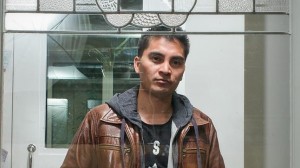 A Perth start-up is poised to open the virtual doors of its online cash gambling casino, but founder Laurence Escalante believes exploiting a loophole in Facebook’s sweepstakes rules could be an even bigger money earner.

Chumba Casino exists solely as an app within Facebook, but Mr Escalante received a licence from The Philippines in August to begin accepting cash bets on his digital games. He hopes to launch a parallel Chumba Casino outside of Facebook for cash play, within a month.

Countries like Singapore, the United Kingdom, and Malaysia allow online casinos that deal in cash, but many others, including Australia and the United States outlaw them. (US states New Jersey and Nevada have legalised them but only with domestic licences.)

With this in mind, although the licence is a significant milestone, it is not Mr Escalante’s best hope of revenue in the short term. About two thirds of Chumba Casino’s 200,000 monthly active users are based in the US. He intends to target them with “sweepstakes” offers on Facebook, which are made possible by a rule that does not define sweepstakes as gambling for some jurisdictions like the US.

Users can purchase virtual credits to gamble on digital pokies, and then crucially, they can cash out those credits on any prizes won, he said. Such activity would not be allowed in Australia, ­especially NSW where the rules on sweepstakes are very strict. However, Mr Escalante is confident he is playing by the rules as far as US laws are ­concerned.

Before offering sweepstakes play, Chumba users earned Mr Escalante about 10¢ per user, per day. The company has about 15,000 daily active users, which means annualised revenue of about $50,000. By the middle of 2014 he wants to grow his business to 100,000 daily active users and boost daily revenue per user to $1 – or annualised revenue of over $3 million.

It’s an ambitious target. Facebook social casino platform Double Down, which is owned by US slot maker IGT and is the best performer in the space, takes about 40¢ per user, per day.

After one month, with no marketing, he is already seeing sweepstakes users “deposit more and play far more often” than those in the “social casino”.

The former financial planner got the idea for Chumba Casino in 2009 when some friends with whom he regularly played poker moved interstate. The group carried on regular sessions of online role-playing game World of Warcraft but their card nights ended. “We found it crazy we could go into virtual world and kill a dragon together… but we couldn’t replicate that Friday night poker night,” he said.

Mr Escalante is betting that casinos will not escape the online revolution that has wreaked havoc with other sectors like media and retail. The shift is already apparent in wagering, where online-only companies like Sportsbet and Betfair compete aggressively with incumbents Tabcorp and Tatts Group.

As companies like James Packer’s Crown Resorts and Echo Entertainment Group bid for the right to spend billions on casino resorts, Mr Escalante has built Chumba Casino, which he hopes will be profitable by December, with $2.5 million of private investment and digital developers in Chennai, India. Mr Escalante said the start-up is mid-way through raising another $5 million, from unnamed investors.

The start-up has poached a few old world hands to assist in its journey too. The former general manager of pokies maker Aristocrat Leisure, Steve Parker, is a director of the start-up. Aristocrat’s ex-studio manager Edgar Pau, who was recently designed for US company Bally, is the start-up’s head of slot machine design, Mr Escalante said.

The development of more compelling games will be one of the pillars to the start-up’s growth, Mr Escalante said. “Better slot games are the biggest monetiser of a social casino,” he said.

Mr Escalante will also focus on ensuring his advertising is “cost effective”. “Traffic on Facebook is largely on tap – it’s dictated by how much you spend on advertising,” he said.

Public health advocates are horrified at a loosening of online gambling rules. Associate Professor Samantha Thomas said the ability for people to gamble at home is worrying. “The more people can hide their harmful gambling from others the more dangerous it is,” Dr Thomas, a University of Wollongong public health academic said. Greater accessibility also puts harm minimisation strategies at risk. “With online venues you have almost a completely hidden population,” she said.

“Nothing is anonymous in the world of online,” he said. “We know everything about a player.”

Mr Escalante, who said he has problem gamblers in his own family, claimed he would develop in-play reminders for punters to manage their spending levels and warn if they are punting too much. “These are all things that we will do and that’s not an empty promise,” he said.